Claimed by Light by Reese Monroe Blog Tour and Giveaway! 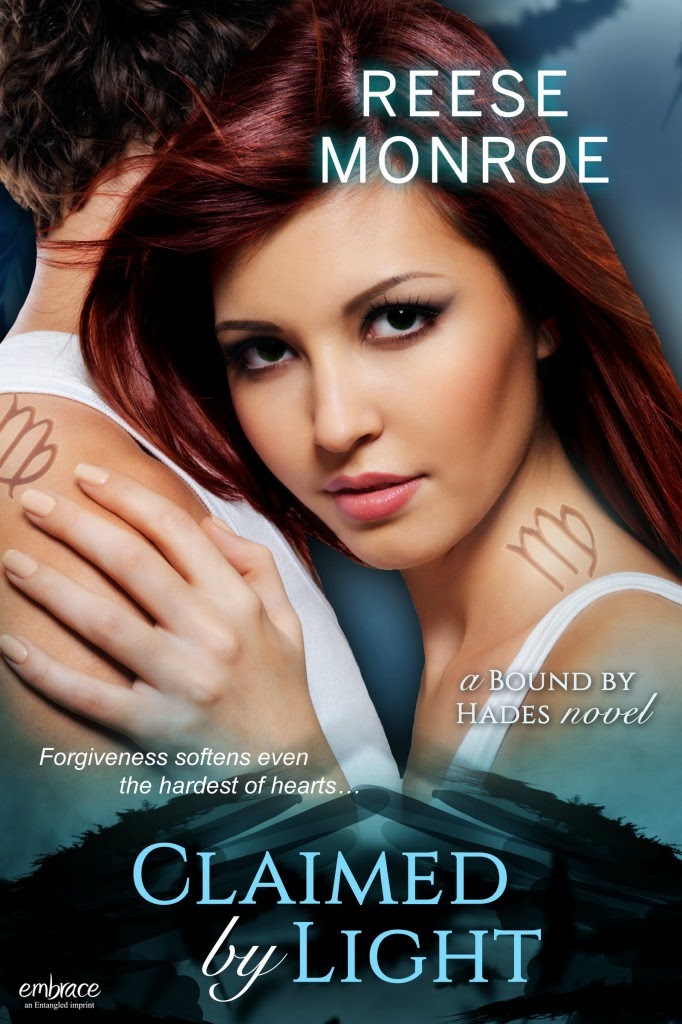 Forgiveness softens even the hardest of hearts…

College senior Slade Bennet is so close to his degree he can taste it…until his sister becomes tangled with a coven of demons and he must trade his soul to save her. But first he must kill the assigned target: a sexually charged beauty who ignites his protective instinct.

After the devastating loss of her Companion, the last thing Halena Girard can stomach is the emotional connection to a Mate. She lives for only two things: vanquishing demons, and seeking Artifacts rumored to lead to Lucifer’s downfall. That is, until she’s attacked by a…frat boy? Worse, a newly-demonic frat boy wearing the mark of her Mate.

Halena would rather kill Slade than give him her heart. Unfortunately, the only way Slade can find his sister and Halena the Artifacts is to work together. As they face the darkest of evil, Slade’s ability to crush Halena’s carefully erected walls might prove to be the most lethal battle of all.

Hey there. Addie here. I’m Slade’s sister in his story Claimed by Light. I’m super excited I get to be in a story--and his is wicked cool. Such an awesome big brother.
I got to meet a few of the characters from the earlier books, so I thought it might be fun to interview them for this blog tour. I mean, they’re part of all the books, and since this is the last book of the trilogy…

So, I want to welcome Sadie and Yvonne Bradford. Yep, they have the same last name because they are hitched to the Shomrei team: Theo and Justin!
As you know, Theo is the badass Shomrei Gatekeeper and Justin is his spunky, never-serious brother. And then there’s Halena. After Theo, she’s the oldest Gatekeeper out there. She’s my favorite--then again, she’s like my sister-in-law now… But you’ll have to follow the blog tour to see my interview of her. :)

So, let’s get on with the interviewing fun…

ME: So, Sadie. How’s it feel to be Mom to a mega-magic packed kid?
SADIE: Tiring. But awesome. That orange swirl in his eyes is a little disconcerting sometimes. When it flares up, I know Theo is going to have to get his chase on to find the little bugger.

ME: Luckily you can sense him. Yvonne, I’m curious, what was it like working with Halena again. I mean, she did try and kill you, like twice, right?
YVONNE: **rubs her shoulder** Yeah, she sure did. Got to give the chick credit, though, she is protective. And considering I was kinda demon when she did it...I can’t blame her. Let’s just say, I’m glad she’s on our side.

ME: True that. When I first met her, she was totally mean. Pissed that she was protecting me, but...well, I could tell she cared about Slade and was doing it for him. And since I screwed up so bad to get Slade in so much trouble...I was glad she was with me. So, tell me, are you sad the series is done?
SADIE: It’s sad to see the stories come to an end. But, Dasha, my BFF, her world is just beginning, so I’m hopefully going to be able to stay in touch with her as she steps into her Hunter role. I got a feeling things are going to get a little interesting…And I hear the print version of Claimed by Light has a little story about her in it….I can’t wait to check that out.
YVONNE: Totally. I mean, even Halena was talking about how things were changing in the Hunter world. While our story might be done, I don’t think things are going to calm down too much. Though...a little break might be nice. I just wanna hang with my Justin.

ME: Considering he’s the only living thing you can touch, I don’t blame you. How is it going with that, anyway? I mean, I’d freak if I couldn’t touch people.
YVONNE: As long as I can touch Justin, he’s enough for me. I just feel bad for that brave spider that approaches me. Or, if a fly or insect lands on me… Instant dust. At least it’s painless for them.

ME: You’re brave. Okay, ready for the fast five?
YVONNE & SADIE together: The what?

ME: You get to answer these next five questions with one word answers so the readers of your stories get to know you better.
SADIE: Sweet. Let ‘er rip.

ME: **WHEW** That was awesome. Thanks for letting me interview you guys!!

So, aren’t they totally cool? I just love my new Shomrei family. I hope you enjoy the final book in the Bound by Hades trilogy. Stay in touch with the blog tour, because I’m going to be interviewing some other characters too….  :) 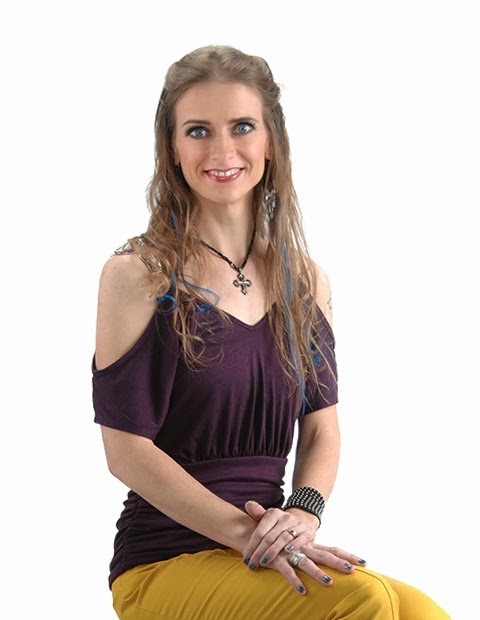 Originally from Minnesota, Reese Monroe currently enjoys living in the sunny Arizona desert with her husband of seventeen years and her loveable Shetland Sheep dog, Maddux. Monroe holds a degree in psychology from Southwest Minnesota State University and a master's degree from the University of Iowa. When she’s not busy writing her next trilogy, she can be found pounding the pavement, training for her next endurance event.
Connect with Reese on Twitter (@Rush_Monroe), through Facebook (Facebook.com/LynnRushWrites) or her website ReeseMonroe.net.