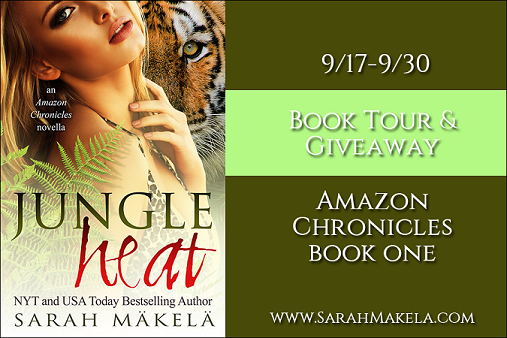 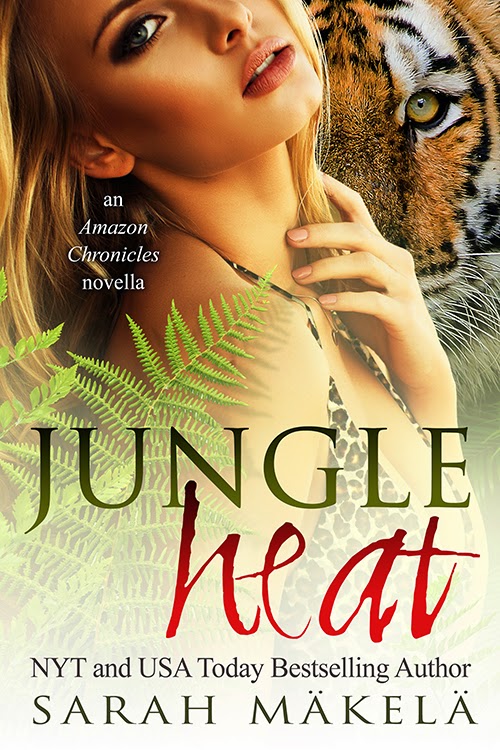 An Amazon Princess and a weretiger must find love enough to heal their peoples’ painful history.

The Amazon Rainforest still contains a few secrets. One of these secrets is a hidden village of women whose history is filled with the horror of conquering men.

Adara Rukan, princess of the Amazons, ventures away from her village to find something waiting for her. Andrei "Rei" Makarov is a weretiger and a biologist on assignment. Can Rei and Adara find love enough to bridge their two separate worlds?

1.       I learned about the Spanish conquistador Francesco de Orellana had a skirmish with warrior women he discovered while exploring the Amazon River.
2.       The reason the Amazon named that is because the skirmish with the warrior women made them think of the Amazons from Greek mythology.
3.       Jaguars and ocelots are the only big cats in the Amazons.
4.       I found out about different knives like the kris that my heroine uses.
5.       There were so many fun facts I learned about tigers, such as they don’t purr.
6.       Tigers are also the largest cat species, which was surprising since for some reason I’d thought the lion was the biggest.
7.       I discovered that the Amazon rainforest was the largest tropical rainforest in the world and that most of it is in Brazil.
8.       Piranhas can be found in the Amazon River, and unlike what movies try to portray, they typically won’t attack someone unless they’re moving around a lot or are bleeding.
9.       Another cool thing I learned was that it takes 10 minutes for rain to reach the forest floor once it starts to storm.
10.   The Amazon rainforest is in nine different countries: Brazil, Peru, Colombia, Venezuela, Ecuador, Bolivia, Guyana, Suriname and French Guiana.

Thank you so much for having me here!

A life-long paranormal fan, she still sleeps with a night-light. In her spare time, she reads sexy books, watches scary movies (and Ghost Adventures), and plays computer games with her husband. When she gets the chance, she loves traveling the world too.