Citadel Of Fire by Matthew Wolf Blog Tour and Giveaway! 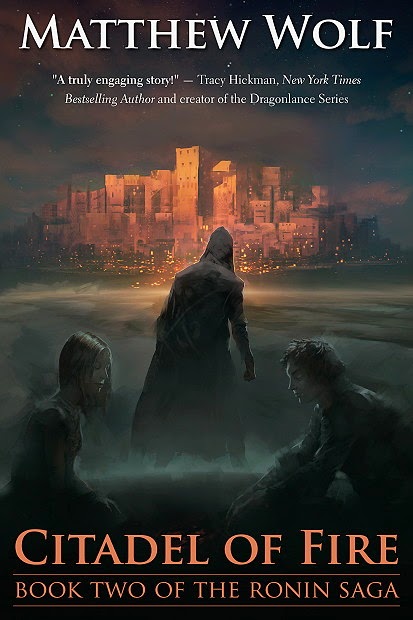 Seventeen-year old Gray is descended from a legendary hero known as a Ronin, and haunted by his forgotten past. He returns home to a wizards’ keep, unaware he is now labeled a murderous traitor for killing his best friend.

Returning could be a death sentence, but the journey alone is perilous. Along the way, Gray discovers he has a grandfather. Now he must reach the city before his only living family dies beneath a madman’s torture. Getting there will be a challenge, however, as an enthrallingly unpredictable woman, a dangerous desert, and a horde of thieves stand in his way. Wielding the banished power of wind, Gray rallies against the poisonous evil that seeks to convert the world to their mantra, “strength is life, weakness death.”

Yet with an affable scoundrel and a clever bookworm at his side, Gray discovers the world’s greatest secret… He is not the only one with hero’s blood, and the legend of the Ronin walk the world once again.

Top Ten List - Things you would change about your high school years if you could go back in time. 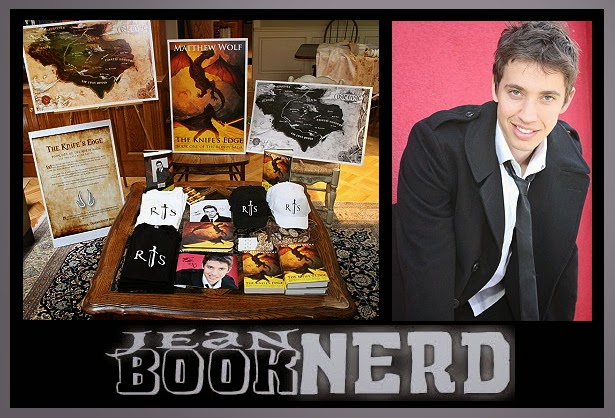 Matthew Wolf is the author of The Ronin Saga. Or maybe he's a Ronin. Either way, he's involved somehow. Aside from epic fantasy, he enjoys woodcrafting, outdoors, a bit of a health nut (Kale is good!), and trains in kung fu.

His childhood of traveling the world and studying Old English and Japanese influenced the schemes of the Saga, and the world of Farhaven. He is a graduate from UCSB with a Literature degree and a specialization in Medieval Literature and Japanese.  His novels include THE KNIFE’S EDGE, and CITADEL OF FIRE, of the bestselling YA Epic Fantasy series, The Ronin Saga.