The Ondine Quartet by Emma Raveling Promo and Giveaway! 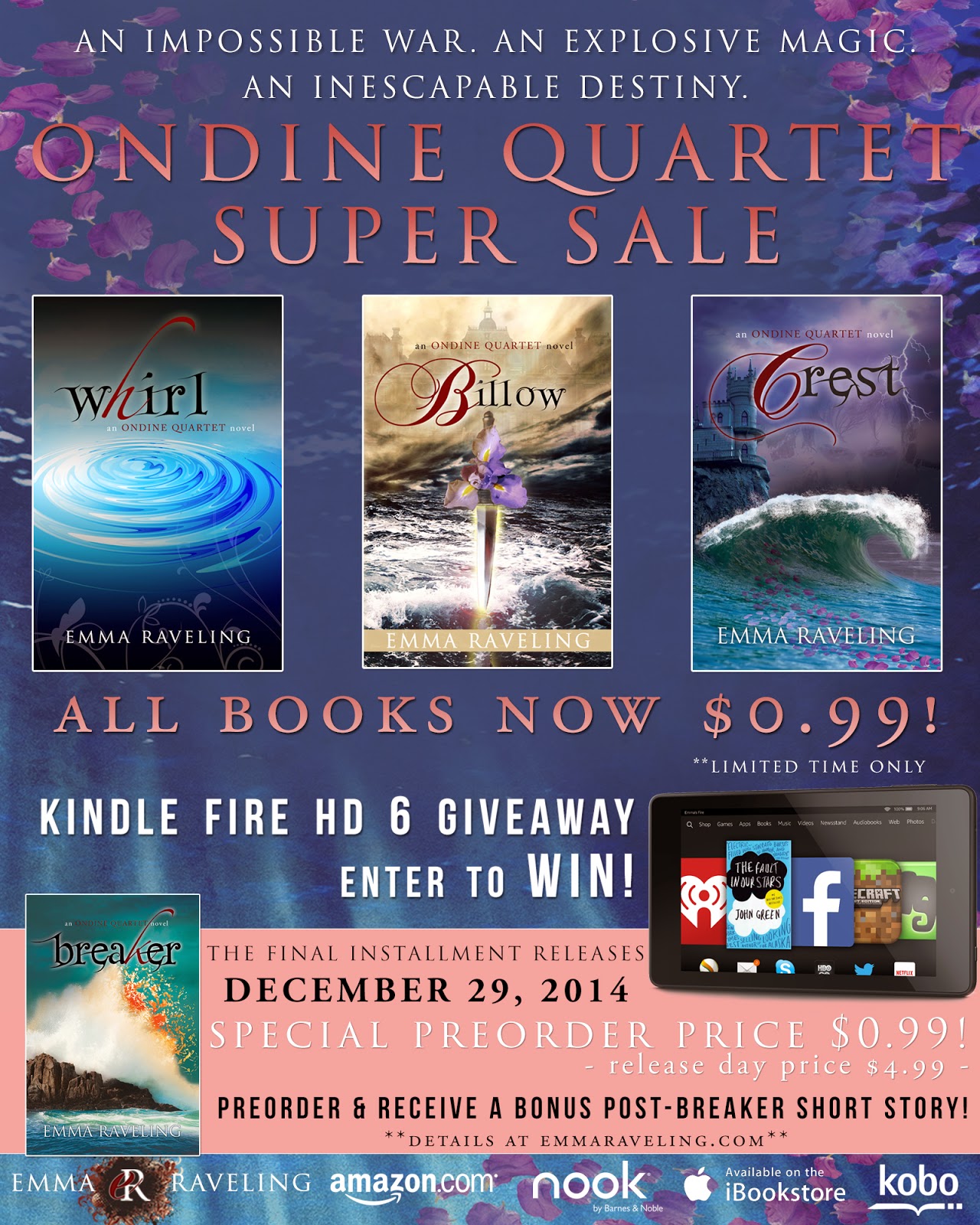 It's the Ondine Quartet super sale! Buy the first three books (Whirl, Billow, Crest) in this thrilling, action-packed, mature young adult urban fantasy series at 0.99 cents each for a limited time! Preorder Breaker and get it at only .99 cents, it'll be $4.99 on release day. That's less than $4 for the full Quartet! You can also enter to win a Kindle Fire HD 6 in the celebration giveaway!

“I shouldn’t get involved.”

Rebellious and headstrong, sixteen-year-old Kendra Irisavie doesn’t have much respect for authority. An ondine with the powerful gift of Virtue, she uses her tough attitude and Empath magic to navigate through high school and keep others away.

Because being an ondine also means keeping secrets.

Kendra and her mother are Rogue water elementals in the middle of an ancient war. They hide among humans, their survival constantly threatened by monstrous Aquidae demons.

Along with a rigorous training regimen to mold Kendra into a lethal fighter, her mother has instituted four rules to keep her safe.

Trust no one. Relationships are weaknesses. Emotional attachments are dangerous. Be responsible only for yourself.

But when Kendra witnesses a classmate in trouble, she intervenes and her decision to break the rules comes at a price.

Sometimes, humans could be more dangerous than demons.

Outspoken and independent, Kendra Irisavie has always played by her own rules.

She's an ondine, a water elemental gifted with the powerful magic of Empath Virtue and trained to be a fighter. Pursued by Aquidae demons, she and her mother remain Rogue, hiding among humans to avoid becoming casualties in an ancient war.

Everything changes when violence erupts on Kendra's seventeenth birthday. A dark stranger appears, promising answers to her mysterious past and stirring unexpected feelings in her fiercely guarded heart.

But as Kendra uncovers the truth about her heritage and future, she realizes just how deep the lies and deception run.

Now, in the face of unthinkable odds, she will need all her wits, skills, and magic to fulfill an extraordinary prophecy.

The first in a sweeping urban fantasy series, Whirl is the beginning of a young woman's exhilarating journey for survival, love, and hope as she fights for her place in a world where she doesn't belong. 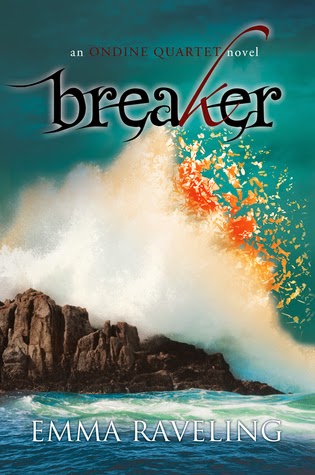 Breaker (Book 4) Preorder links:
Pre-order Breaker now at the special 0.99 cent pricing and receive a bonus post-Breaker short story during release week! This short story will not be available anywhere else for six months after Breaker's release.
Simply pre-order from any retailer and complete this form to receive this exclusive bonus!

An avid traveler hopelessly addicted to diet coke and coffee, she currently resides in Honolulu, Hawaii with her husband and German shepherd.

This event was organized by: