The Elementalists by C. Sharp Blog Tour, Review and Giveaway!

Welcome to my stop on The Elementalists Blog Tour. I loved this book so much!!! Read my review below then enter the giveaway. Let me know in the comments if this is something you would read. 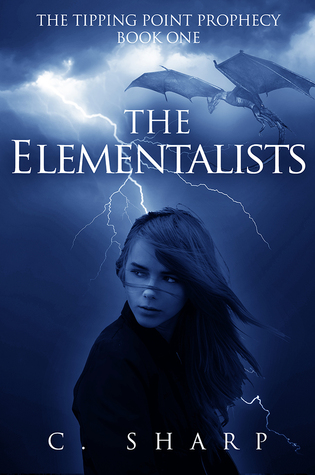 Rising sea levels, droughts, earthquakes, tornadoes. Far below the earth’s crust, imprisoned in ancient slumber, the elemental powers of the land grow restless…Meanwhile, in small town Virginia, Chloe McClellan’s first day of sophomore year was an epic fail. After she becomes the target of the fiery queen of the It-Girls in gym, she gains instant notoriety when she’s struck by lightning. That’s when things start to get weird.There are disconcerting gaps in her memory, and freaky weather seems to follow her everywhere. She comes to believe that either she’s going insane, or her accident has awoken a terrifying creature from mythology, triggering the final countdown to the extinction of humankind.Chloe finds unlikely help from a trio of male classmates: the grounded captain of the football team, the flighty stoner with a secret, and the enigmatic transfer student who longs for the sea. All the while, she struggles with the growing realization that dragons exist, and she, and her friends, may be the only ones who can stop them.In the first book in the epic new Tipping Point Prophecy series, global dragon mythology is reimagined against a backdrop of ecological disaster, high school angst, and the power of the human spirit when working in accord with the elements.

I love Dragon stories and will pretty much read anything with them in it. A lot of them have been hit an miss but The Elementalists was a home run! I absolutely flew through this, and that's saying something because it's nearly 400 pages!!

The Elementalists isn't your typical Dragon book. It's set in modern times and the Dragons aren't the main theme, they play a big part of the plot but it's so much more than a Dragon book. I must admit that I didn't read the blurb before starting this so I was expecting magic users and tons of dragons and what I got was a modern tale of cataclysmic events heralding the coming of something unbelievable. It was fan-freaking-tastic!!

It was fascinating reading the lore of The Tipping Prophecy and I loved that the author had researched Chinese Dragon myths so well. It really showed during the story.

The best thing about this book, for me, was the characters. I loved Chloe. She is strong, determined, smart and nice. She starts High School with the intention of keeping a low profile but a series of events make her the center of attention. She joins the track team and is soon seen as one of the best the school has ever had. She then gets struck by lightening and survives, which leads to the nickname Lightening girl (both for track and after getting hit). She hasn't a hope of flying below the radar after that. I loved her attitude and spirit.

We also have Kirin, the transfer student from China, who Chloe has a crush on. Stan, the enigmatic stoner and Ezra, the captain of the football team and all round womaniser. Each of these boys play a big part in Chloes life and each brings something special to the story. I loved seeing Chloe deal with each of the boys and cant wait to see more from them.

While reading about the cataclysmic events happening all over the world was so frightening, it added an extra something to the story. The fact that crazy things are happening everywhere really gets you thinking! In The Elementalists, all the events that are happening are a portent to the Tipping Point Prophecy. Chloe doesn't believe in Dragons nor had she much interest in things like that but when she sees what's happening all over the world and when she sees the piercing blue eyes everywhere, she knows she will have to dig deep and get the answers. What she finds will change her life and the lives of those she loves forever. I loved finding out about the lore along with Chloe, it was scary but fascinating reading.

I'm finding it hard to express how much I loved this book!! I'm trying to put my feelings into words and all that comes to mind is "an epic adventure that's unlike anything I was expecting", but that doesn't sufficiently express what I think! This book was superbly written and absolutely captivating and I still find it hard to think that this is a debut author. While this isn't the most action packed book, it's got so much happening and such depth to it that you will fly through the pages. It's a mash up of contemporary YA, fantasy, mythology and Dragons all rolled into one phenomenal story.  It's the first book in the series and if this is anything to go by then this series is going to be EPIC.

All in all an absolutely amazing debut and I can't wait till book 2 comes out because that ending sure left me with my jaw open ;) 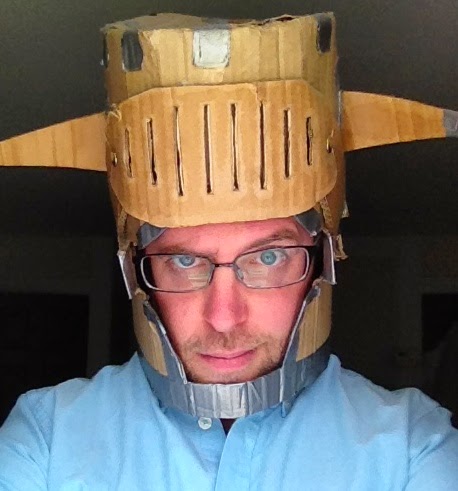 Chris Sharp grew up in the suburban wonderland of Alexandria, VA, where he cut his nerd teeth playing role-playing games and making gore movies with his friends.
He studied English Literature and Anthropology at Brown University, and Mayan Archaeology at the Harvard Field School in Honduras. He then spent sixteen years in Brooklyn, NY, where he worked in film and commercial production by day, and was yet another wannabe novelist by night.
His first book was a 900 page epic fantasy novel that waits in the depths of a dark box. The Elementalists is his second novel, and he really hopes you like it. His third novel is a pulp fantasy/crime fiction hybrid and is coming soon one way or another…
Some of the films he made with his childhood friends have gained international distribution and won numerous awards at festivals around the world. Chris now lives in Concord, MA, with his wife, daughter, and an insufferable cat named Goblin.