The Last One by Tawdra Kandle Book Blitz and Giveaway! 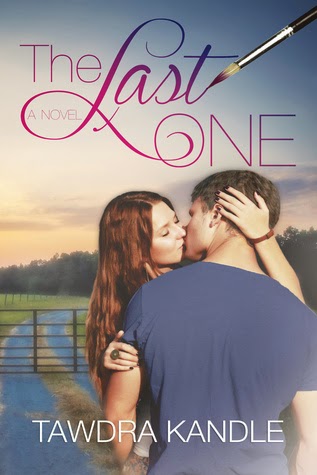 
Meghan Hawthorne is restless. The last year has been a roller coaster: her widowed mother just married a long-time family friend. Her younger brother unexpectedly became a father and a husband. Everyone’s life is changing. . .except for hers. As she begins her final summer of college, Meghan’s looking for excitement and maybe a little romance. Nothing serious; this girl just wants to have fun.
But the only man for Meghan turns out to be the last one she expects.
Sam Reynolds doesn’t need excitement, and he doesn’t want romance. Fun is out of the question. He’s been the steady, responsible one since his parents were killed, and serious is his way of life.
When Sam rescues Meghan alongside a dark Georgia backroad, she falls hard for his deep brown eyes and slow drawl. But making him see her as more than just a party girl won’t be easy. Sam’s tempted by the fiery young artist, even as he realizes that giving into his feelings will mean radical change. . .maybe more than he can handle.
Nobody ever said love was simple.

Q: Tell us a little about Meghan and Sam, the couple in THE LAST ONE.

A: Meghan just finished her junior year at art college in Savannah. She’s dealing with a lot of family turmoil: her father died over a year ago, her brother found out he was a father (and shortly thereafter became a husband), and her mother remarried a long-time family friend. Meghan feels like she’s the only one without a plan for her life, which leads to her volunteering as an art teacher in a small town where the art program has been cut.

She met Sam under less-than-ideal circumstances, and when they’re thrown together over the summer, neither of them is particularly happy. Sam is a totally serious, responsible guy. . .some might even call him a little uptight. He lost his parents when he was eighteen, and he had to carry a heavy load of responsibility. Sam sees Meghan as a flighty party girl, and he’s not shy about letting her know how he feels. Or. . .is that really how he feels?

Q: How did you choose the names for your characters?

A: Most of the time, characters’ names simply come with them. Meghan was already named from her appearance in THE POSSE. Sam’s name came from a Civil War general, Samuel Cooper, who was the highest ranking Confederate general. Although our Sam’s name is Samuel Pierce Reynolds, after his fictional great-great-great-grandfather, I thought of General Cooper as I wrote Sam.

Another little note on names: I almost always include some nod to friends or family or readers in my books. In THE LAST ONE, Meghan’s best friend and roommate is Laura, and her boyfriend, a Marine, is Brian. Brian is named after the husband of my very dear friend who retired from the Corps a few years ago. I would have used my friend’s name, too, but I know she doesn’t love her name. . .and she does love Laura Ingalls Wilder. . .so I gave her Laura’s name instead. Got that?

Q: Do you set a certain number of hours to write each day?

A: Up until recently, I have not. My life has been a little haphazard the last few years. I have four children, and although they’re mostly grown, they still require attention and time. My youngest is still being homeschooled. And until this past summer, we also cared for a sweet four-year old little boy several days a week. So writing came whenever I could spare a few minutes to sit down.

Now, however, I am in a routine. I write every day from 8-12, and then after lunch, I work on social media, promotion, answering email, checking on my son’s school work and I even try to get a work-out in. I will often write more in the afternoon and after dinner, too, if I can.

Q: There are two more books in The One Trilogy. Will we see more of Sam and Meghan?

A: Sam and Meghan will definitely be around, but they won’t be the main characters or the persons whose POV we follow. THE FIRST ONE, which is the next book, is about Ali, Sam’s sister, and Flynn, her high school boyfriend. Sparks are going to fly when Flynn comes back to town eight years after he left Ali there. But since Ali lives in the same house with Sam, and Meghan is spending a good deal of time there now, too, we’ll definitely keep our eye on that relationship, too.

THE ONLY ONE is about Rilla and Mason. We haven’t met Rilla yet, and we haven’t met Mason by name, though we have seen him. And something special will be happening for Meghan and Sam in that book. Stay tuned. 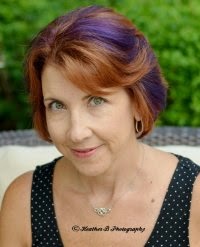 AUTHOR BIO
Tawdra Kandle writes romance, in just about all its forms. She loves unlikely pairings, strong women, sexy guys, hot love scenes and just enough conflict to make it interesting. Her books run from YA paranormal romance (THE KING SERIES), through NA paranormal and contemporary romance (THE SERENDIPITY DUET, PERFECT DISH DUO, THE ONE TRILOGY) to adult contemporary and paramystery romance (CRYSTAL COVE BOOKS and RECIPE FOR DEATH SERIES). She lives in central Florida with a husband, kids, sweet pup and too many cats. And yeah, she rocks purple hair.