Spark Of Light by Elizabeth Tuttle Blog Tour and Giveaway!

Nearly a century ago the world was decimated by a magical war. In their defeat, elves were captured by humans, cut off from their magic, and broken down into lifeless, drone-like slaves.

Avery is different. Somehow, her magic has always simmered beneath the surface. Never completely broken, she must pretend in order to survive. When Zander, her master’s nephew, brings her magic out in full force, she finds out what it’s like to truly be alive.

Ripped from Zander’s side and sent to The Farm, Avery doesn’t know if she’ll be able to hide her light and make it out alive. But there, she’ll meet someone who knows her true purpose.

The war isn’t over, and if Avery can survive, she could be the one to set her people free. All it takes is a little hope and a Spark of Light. 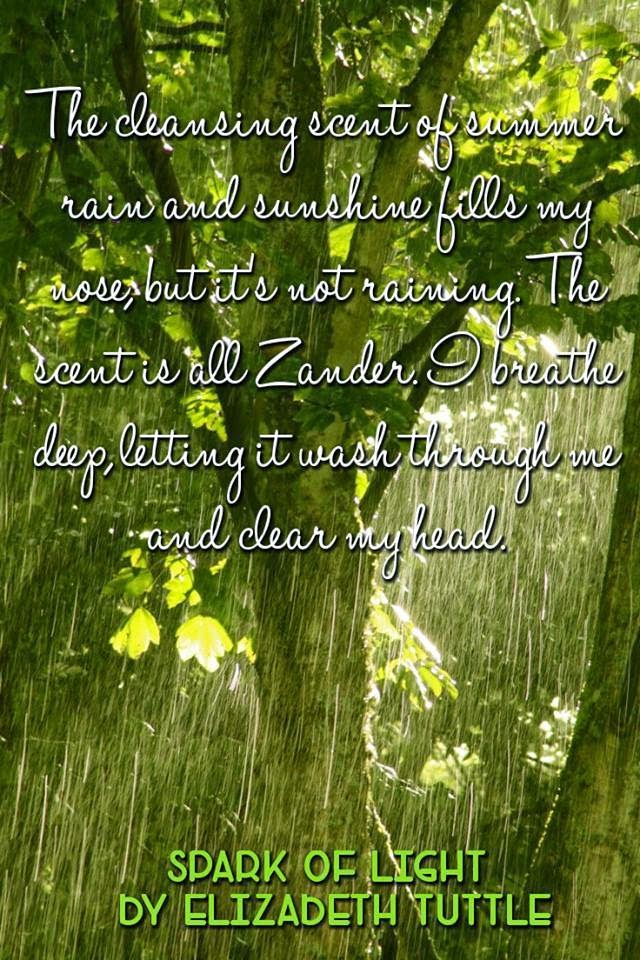 Earliest Halloween Memory? My earliest Halloween memory is when my mom made my costume from one of those old patterns. I think I was around 5 or 6. It was a red Crayola crayon, complete with a hat, and made out of felt. And it held up. I still have the costume and my own son put it on a couple years ago. He didn't want to wear it for Halloween, he wanted to be a Transformer, but it was still pretty adorable.

Favorite scary book? I don’t scare easily, and thinking back I guess I haven’t read very many scary books. But I did read Superstitious by R.L. Stein in middle school, and I think was a little creepy.

Favorite scary movie? The Shining. Nothing has ever made me more skiddish in the dark than The Shining. After I watch it, it takes me weeks to not freak out if the shower curtain is closed and I can’t see if the dead lady is in there about to kill me. *Shivers*

What’s your favorite kind of monster? Vampires. They fascinate me, and so does blood, so that might have a little to do with it too.

What monster scares you? Zombies are creepy, and gross. Instead of scared I usually just get grossed out by things that are supposed to be scary. I can do blood, but not guts and decay. Speaking of zombies, another of my favorite “scary” books is the Serial Series, Love and Decay by Rachel Higginson.

Do you have any phobias? Spiders, big time. And it’s really weird, but I hate calling people on the phone. I have some serious anxiety about it and it will sometimes take me a long time to work up the will to do it. I’ll put off phone calls for as long as possible. And I’ve been known to make my mom call places for me.

What’s the scariest thing about publishing a book? Family reading your steamy scenes. :-)

Avery doesn’t seem to be afraid of dying, so what is she most afraid of? What about Zander? At this point she’s most afraid of the people she loves getting hurt, especially if they got hurt because of something to do with her. But on a lighter note, she’s not a big fan of enclosed spaces.
Zander is afraid of himself, or more specifically, his power. He’s constantly afraid of losing control and hurting the people around him. You’ll understand a little bit more of why that is in book two. He’s also not a fan of other people’s blood.

If some of your characters were going to a Halloween party, what/who would they go as? I could see Zander and Avery being cheesy about it. He’d go as Harry Potter, and she’d be Hermione. Delilah would be sexy Cinderella. Oliver would be the guy who shows up with a “this is my costume” tee-shirt , and Maverick would have a hard time choosing between being a steaming hot pirate, or Maverick from Top Gun. 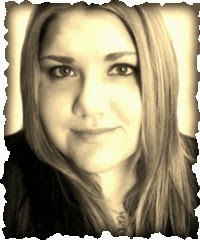 About the Author
Elizabeth’s first writing award was in the 2nd grade with a story about a cat and a dog that overcame their differences and became friends. Satisfied with that success, she put her writing career on hold until the winter of 2012. Now, she spends most days in her pajamas making things up and writing them down. Her other interests include board games, being in nature, and binge watching shows on Netflix.