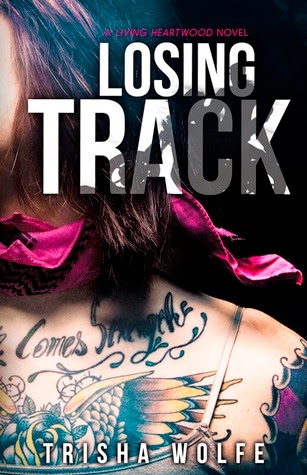 Sometimes you have to lose your way before finding the right track.

The roar of a bike engine. The vibration between her thighs. The feel of cool darkness kissing her skin as she coasts along twisty back roads at night—Melody Lachlan lives for these things. Ever since Mel and her best friend Darla escaped their small, backwoods town, they’ve traveled the countryside in search of fast rides, tatted bikers, and good times.

A self-proclaimed poet and lover of all things free, Mel views her life as one long bike ride—with pit stops along the way to numb the pain. But she never saw herself as a junkie. Party as hard as you ride. That’s her motto…until a tragic night steals her soul. Then she’s forced to delve below the surface, to where her demons rage.

When she meets recovered drug addict Boone Randall, she’s more likely to deck him than kiss his dimple-adorable face. She doesn’t want his help; doesn’t want to own up to her part in that night. She just wants to do her time and keep her promise to her friend. Yet Boone challenges Mel, and soon she doesn’t mind sharing the road. Only when Boone’s own secret demons threaten their newfound, fragile security, Mel’s course becomes rocky, and she must decide if letting her well-worn track marks fade is worth finding a new path.

Told from Dual point of view from Melody and Boone, this is a New Adult Contemporary Romance intended for readers seventeen years of age and older. 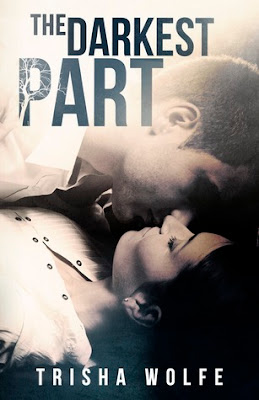 Summary from Goodreads:
Pressing the boundaries of both the psyche and the heart, Sam and Holden embark on a dangerous journey that will test the limits of love.

Sam Wintry’s life used to be almost perfect. She was engaged to her childhood best friend and high school sweetheart, Tyler Marks, planning an amazing cross-country honeymoon during her college break. But after a hit-and-run leaves her in ruin, she begins seeing Tyler’s fractured, ghostly presence, and her family believes she’s losing her mind. Not until she completes their journey, stopping along the way to scatter Tyler's remains, will Tyler be able cross over. Only...is Sam ready for him to leave her?

When the black sheep of the Marks' family, Holden Marks, returns to check on Tyler's case, Sam convinces him to give her his brother's ashes. Despite their shaky history, she needs him...plus, he owes it to Sam and his brother. What she doesn’t count on is Holden’s relentlessness to go on the trip.

On the road, Holden realizes just how unhinged Sam has become. Dealing with her psychosis forces him to confront his dark past, making it harder to keep secrets hidden that should remain buried. Especially from Sam, the only woman he’s ever loved. And as Sam starts to unravel the truth, she begins to question if the brother she's unwillingly falling for again is in an even darker place than her.

“Your friend doesn’t like me very much,” Boone says, interrupting my weird thoughts.
I shrug. “Jesse’s like that. Don’t worry about it.”
“I wasn’t, really.” He ducks his head to find my eyes. “But I am concerned that he seems to think you’re his property.”
My insides rage. “I’m no one’s fucking property,” I bite out. “And you don’t know him. You don’t know the MC. It’s just their way…to like, look out for me and shit.”
Boone holds his hands up in defense. “Take it down a notch, Riz. Not looking for a brawl here.”
“Funny. I thought that was your MO, fight club.”
This earns me a full-on smile, and my anger takes a dive. “Fair enough. Truce?” He extends his hand.
With a forced sigh, I take his hand and shake. But he doesn’t release it. Instead, he subtly twists his hand so that our fingers align, palm-to-palm, then laces his fingers through mine. My traitor heart kicks my rib cage.
“How ill am I going to be watching you out there?” he says.
“What do you mean?”
“I mean, you won’t be on a bike you’re used to, right? I’m assuming whoever’s bike you’re going to race is one of the guy’s from down there.” He nods toward the pit. “Not built for a woman.” He eyes me. “A petite one, at that.”
“I resent the fact that you think I’d have to ride a chick bike.”
He looks me over slowly, from head, to body, to toes, sending a flood of new heat everywhere. “What did you ride before?”
I attempt to hide my smile, doing a terrible job. “A Breakout, okay?” His smile widens, and I’m tempted to punch him in the shoulder. “I know…I know. But you have to admit that like, even though technically designed for chicks, it’s still bad ass.” I shrug. “I need a lower model, being vertically challenged and all.”
“I get that. And it is a badass ride. I’m sure it was modded all to hell, too.”
“Damn right,” I add.
“So what are you riding tonight?”
I nod toward the track, to where Jesse is getting ready to take off down the strip. “Forty-Eight.”
Boone’s gaze follows mine to Jesse and his new hog. I take a quick peek at his face, see his brows pull together, before he says, “No. No way.”
“Huh?”
“No offense. I’m sure you’re an excellent rider…but I can’t in good conscience let you drive that beast.”
“It is a beast,” I say, having to agree with him. But then my feminine hackles raise. This is the second time in two days that a guy is telling me what’s good for me. First, Jesse and his jealous ol’ man act, when he reiterated again and again how he didn’t like me hanging out with some backyard brawler. And now, Boone’s laying it on pretty thick. Though in all fairness, I am taking more than a gamble with Jesse’s hog.
“Ride mine,” Boone says.
Surprised, I look him straight in the eyes. “Are you serious?”
A moment of hesitancy pales his face, but to his credit, he checks it quickly. I know how much work he’s put into his Bonnie. And I’m sure he doesn’t trust me enough not to trash it on the track—he’s never even seen me ride.
“I’m sure,” he says. “It’s sits low, and it’s also a bobber, very lightweight. It rides pretty close to a Breakout, and you’ll handle it a hell of a lot better than that tank down there.”
This is actually true. His bobber is customized for speed, and it does sit low, lower than a Breakout, actually. But one thing: “It’s not American,” I say. “I cannot ride non-American.”
He cracks a smile. “How did I know you’d say that?” He gives my hand a pump, reminding me we’re still holding hands, and it scares me a little how right it feels, how normal. “I’m serious, Mel. You need to ride my bike if you’re going to do this. Don’t let your stubbornness get you hurt.”
A few weeks ago, him saying something like that would’ve ended with me telling him where to stick it. That it’s none of his business—which really, it’s not. But as I look down at our linked fingers, then up into his face, the light bruise covering one cheek, the cut above his eye, I know he also understands pain. Stubbornness. Determination. Want, and everything else I battle.
And truthfully, today is not the day I want to end up careening out of control. Whether on the track or off.
“Do you know how special you are, that I’m even offering you the chance to ride my baby?” His hand sends another pulse to mine, and it’s like a lifeline—his energy, his assurance, flowing from him to me.
I don’t think I would’ve offered him the same in return. I know what a huge thing it is to let someone else ride a machine you’ve put so much of yourself into. Really, I could get all misty on him in this moment.
Instead, I palm his large hand between both of my small ones. “I’m going to hear so much shit for racing a Triumph.”

I’m the author of the YA Steampunk DESTINY'S FIRE (Omnific Publishing), ASTARTE'S WRATH NA Historical/Supernatural, and the upcoming YA Utopian FIREBLOOD from Spencer Hill Press, October 2013. My NA Dark Fantasy OF SILVER AND BEASTS available May 2013.
I’m the creator of YA Bound, a promotional site for the Young Adult genre. Also a member of SCWW and The Apocalypsies.
A proud business owner, I'm partnered with my partner, my husband. When I’m not busy doing all of the above, I’m a wife and the mother of a gorgeous teen boy who's the sounding board for my male characters.