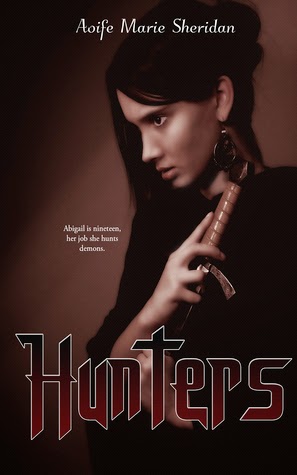 Abigail is nineteen. Her job, she hunts demons.
Her life so far has been tough. Having witnessed her family’s death and her mother’s suicide, she’s been taken in by a priest, who believes her when she says that she sees ghosts. Father Peter trains her as a demon hunter with three other members, one being Daniel, who isn’t what he seems.
But when a possession goes wrong, and ghosts start to attack Abigail, the tight rope she has on her emotions soon starts to loosen. Abigail draws the unwanted attention of the Reote, and she finds out a lot more than she was willing to learn.
Knowledge is power, but for Abigail, it’s her undoing, and the only thing keeping her together is Daniel. 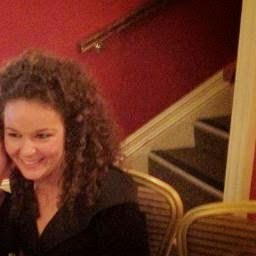 AUTHOR BIO:
Aoife Marie Sheridan has loved reading from a very young age, starting off with mills and boon's books, given to by her grandmother her love for romances grew, by the age of 14 she had read hundreds of them.

Aoife had a passion for writing poetry or in her eyes her journal entries. It was something she did throughout her teens and into her twenties. Aoife won first place for two of her poems and had them published at a young age of just nineteen. Realising she needed to get a real job (What writing isn't) she studied accountancy and qualified working in that field for many years, until her passion for reading returned and she found Maria V Snyder. Poison study one of her favourite books has been read and re-read countless times.

Aoife's first book Eden Forest (Part one of the Saskia Trilogy) came to be after a dream of a man and woman on a black horse jumping through a wall of fire and the idea of Saskia was born. Now with her first novel published and taking first place for Eden Forest with Writers Got Talent 2013, Aoife continues to write tales of fantasy and is currently working on her third book for the Saskia Trilogy amongst other new works.

To contact Aoife you can email her at aoifesheridan101@gmail.com