More Than Exes by Elizabeth Briggs Book Blitz and Giveaway! 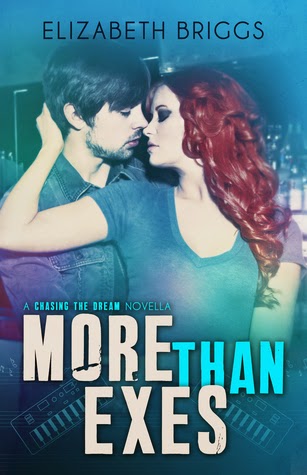 Keyboardist Kyle Cross may look like a bad boy with his tattoos and piercings, but he’s really the good guy who’s always stuck fixing his band’s problems and never gets the girl. His band is competing in a college Battle of the Bands, but when their bassist doesn’t show, Kyle must track her down with the help of the person he least expects: his ex-girlfriend Alexis Monroe.
Kyle hasn’t seen Alexis since she dumped him in high school, and she’s dropped her preppy image for fiery red hair and a bold new attitude to match. With only hours before his band goes on stage, Kyle has to be a little bad if he wants to win both the Battle and the girl he’s never gotten over. But when their old problems resurface, the good guy might just get his heart broken all over again.

Where did you get the idea for More Than Exes?

In More Than Music, which is about Kyle’s friend, Maddie, and his brother, Jared, there’s a part where Maddie thinks about how it must be difficult to be Jared’s brother sometimes. That made me wonder about how Kyle sees his brother, and I quickly jotted down what would become the first chapter of More Than Exes. Right then I knew I had to tell Kyle’s story, too. I also had many fans of More Than Music tell me they loved Kyle and wanted a book about him, so that sealed the deal!

What is your favorite thing about More Than Exes?

There are so many things I love about this book – the fact that it takes place over a few hours, the sarcastic humor in it, and the love story of two high school sweethearts getting back together… but my absolute favorite part is the close sibling relationship between Kyle and Jared. I loved showing Jared from Kyle’s point of view – Kyle views his brother very differently from how Maddie does in More Than Music, but still loves him and would do anything for him.

What was the hardest part about writing More Than Exes?

More Than Exes is the first book I’ve ever written from a guy’s point of view, and that was a lot of fun but also challenging at times. I had to make sure that Kyle would be sympathetic to romance readers but also feel like a realistic 21 year old male. I don’t think there are many romances told from only a male perspective, but I hope people will give this one a chance!

If you weren’t a writer, what would you do?

A rock star, of course! I play the guitar, though I don’t have time to practice as much as I’d like. I’ve always wanted to be in a famous rock band, but now I just write about them instead.

What’s next in the Chasing the Dream series?

I’m currently working on More Than Comics, a novella about the drummer of the band, Hector, set at Comic-Con about a week after More Than Music ends. After that, I’ll be writing books about Maddie’s best friends, Julie and Carla, who both go on their own reality TV shows! 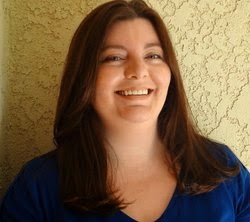 AUTHOR BIO:
Elizabeth Briggs is a full-time geek who writes books for teens and adults. She plays the guitar, mentors at-risk teens, and volunteers with a dog rescue group. She lives in Los Angeles with her husband and a pack of small, fluffy dogs.

Sign up for her newsletter to get info on upcoming books, plus giveaways and other exclusives: http://bit.ly/ebnewsletter1