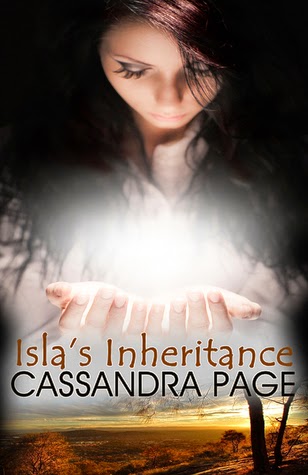 
Isla was content to let her father keep his secrets, but now she can’t stand the touch of iron and her dreams are developing a life of their own. She must discover the truth — before it’s too late.

Seventeen-year-old Isla Blackman only agrees to participate in a Halloween party séance because Dominic, an old crush, wants to. She is sure nothing will happen when they try to contact the spirit of her mother. But the séance receives a chilling reply.

SHE IS NOT DEAD.

Isla doesn’t want to upset her father by prying into the family history he never discusses. When the mysterious and unearthly Jack offers to help her discover the truth, Isla must master her new abilities to protect her loved ones from enemies she never knew existed. 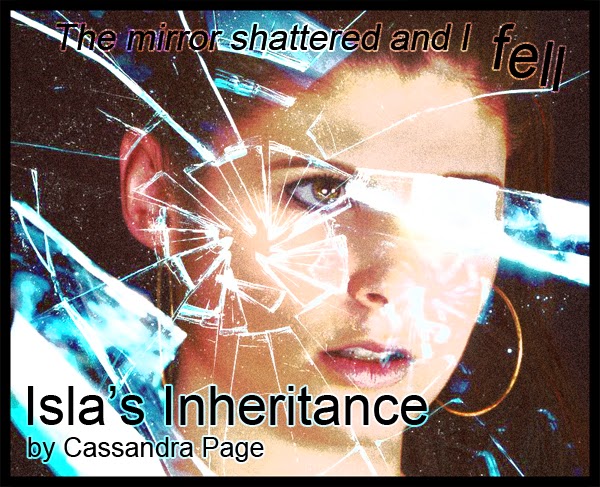 “Okay.” Emma rolled up her sleeves so they wouldn’t trail on the table. She slid the upturned scotch glass so the pentagram was centred within it. “Everyone put a finger on top of the glass.” We did. “Ready?” Without waiting for a response, Emma tilted her face towards the ceiling. “Is anyone there?”
Nothing happened.
“Is anyone there?” Emma asked again. She didn’t seem worried. I glanced at Dominic, whose face had fallen.
“Is anyone there?”
The glass began to inch along the surface of the paper, picking up speed as it slid towards the YES. Tamara gasped, going white under the makeup; that pale, she looked like a porcelain doll. Emma smiled, enjoying her moment. The guys watched with wide eyes.
“Welcome.” Emma smiled. “What’s your name?”
I studied the glass in its nest of fingers as it spelled out D-A-N-I-E-L. My eyes narrowed, searching for the whitening around the fingertips that would indicate someone was pushing the glass. Was that why Emma had turned off the light—to hide the tells?
“Hello, Daniel.” Emma smiled again. “Daniel’s my spirit guide,” she added in an aside to the rest of us as the glass slid across to HELLO.
I watched with a frown as the others asked questions of Daniel: where he was born, how he’d died, that sort of thing. I didn’t pay much attention; I was busy trying to see how the trick was being performed. It was a normal scotch glass and, if anyone was pushing it, they were being discrete. Emma was good.
Finally, she looked around the table at us. “Daniel can act as our intermediary to the afterlife, protecting us from evil spirits. Do any of you have relatives who have passed over that you’d like to contact? A grandparent or anything?”
“My grandpop’s dead, but he was an old bastard.” Kurt laughed. “I don’t want to talk to him. Besides, your Daniel wouldn’t let him through if he doesn’t like evil spirits.”
Tamara shook her head; Dominic turned to me. “Isn’t your mother dead?” he asked softly.
“Yes.” I looked away. I’d never known my mother. She’d died giving birth to me. But I didn’t like the idea of turning her into a parlour trick.
Dominic saw my hesitation and looked sheepish. Emma brightened, though. “What was her name?” she asked.
“Melanie,” I said reluctantly. “Melanie Blackman.”
“Hey, we don’t have to do this if you don’t want to,” Dominic said.
“It’s all right,” I said. It wasn’t real. It didn’t matter.
“Melanie Blackman, are you there?” Three times Emma repeated the call, and, as before, the glass didn’t move until the third time.
NO.
“No?” Emma looked surprised—which was itself surprising, given she was the one moving the glass. “Melanie Blackman, are you there?”
The glass circled away from the word and back again, rattling across the paper.
NO.
Obviously that wasn’t meant to happen. “Daniel, are you there?”
There was a long delay while I imagined a sheet-covered ghost handing over the receiver of a telephone. YES.
“Why isn’t Melanie Blackman there?”
It wasn’t real. It didn’t matter. But I still held my breath as I watched the glass spell out the reply.
S-H-E [SPACE] I-S [SPACE] N-O-T [SPACE] D-E-A-D. 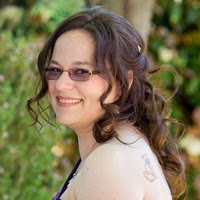 AUTHOR BIO:
Cassandra Page is a mother, author, editor and geek. She lives in Canberra, Australia’s bush capital, with her son and two Cairn Terriers. She has a serious coffee addiction and a tattoo of a cat — which is ironic, as she’s allergic to cats. When she’s not reading or writing, she engages in geekery, from Doctor Who to AD&D. Because who said you need to grow up?