The Truth About Air & Water by Katherine Owen Book Blitz and Giveaway! 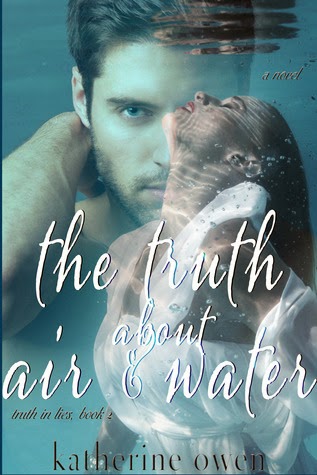 Synopsis:
The Truth In Lies Series. READ This Much Is True, book 1 first, although it’s been written as a standalone. Readers say, don’t do that.
“The world breaks everyone, and afterward, some are strong at the broken places.” -Ernest Hemingway ~ A Farewell To Arms
They share an epic love but one moment changes everything. A life together that seemed certain is shattered. One learns you never love the same way twice; the other learns what it means to come home. You only think you know how this love story goes, but do you really know how an epic love can end?
“There are all kinds of love in this world but never the same love twice.”
-F. Scott Fitzgerald
She is living color, and I’ve been in a black-and-white world for far too long without her.
Powerful stuff. It surrounds me. I’ve felt it since I first arrived. The forcefield of her. The magnetism of her. The power she wields over me. I’m alive again because of her, like a dying plant that finally gets some water. I’ve got it bad for this girl.
Reality dawns.
The light comes through the darkness and shines on me.
She’s my water.
-Lincoln Presley
The truth is I breathe with him. He is my air. Raison d’etre.
-Tally Landon

Author’s note: This novel is part of the Truth In Lies series. It can be read as standalone, however, fans of my fiction already are highly recommending that those new to my work, READ This Much Is True book 1 FIRST.
As Lincoln Presley would say, “do as you must, Princess.”

For some reason, the anonymity with the name Elvis seems appropriate. She probably won’t even remember that she called me by that name at the accident. I can’t be here tomorrow. I won’t be here tomorrow. I’ll be on my way to L.A. to see my dad. I don’t volunteer this bit of news to Mrs. Trinity because, for some reason, providing her with that easy excuse and garnering her general disapproval is too much. Truthfully, the idea of seeing the girl from the accident again scares the hell out of me because there was something about her that captivated me at a soul level. Somehow, I think this woman would pick up on that. The truth is this: I can’t afford any kind of distraction, not even for the beautiful broken girl with the amazing green eyes and long dark hair lying in a bed somewhere in this hospital.


My one and only focus is baseball. That’s the way it’s been for almost ten years, and every call from my dad about the upcoming season and major league baseball’s June draft serve as constant reminders of that singular focus and commitment to this one and only thing allowed in my life—baseball. 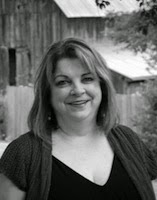 AUTHOR BIO
A penchant for angst, serious drama, and the unintentional complications of love began early on when she won a poetry contest at the age of fourteen and appears to be without end. Owen has an avid love of coffee, books, and writing, but not necessarily in that order. She lives in an old house near Seattle with her family where she is working on her next book.